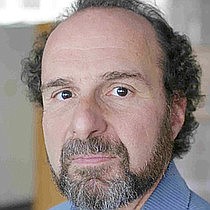 Howard Fischer, for the Miner

Howard Fischer is a veteran journalist who has reported on state government and legal affairs in Arizona since 1982, the last 25 for Capitol Media Services which he founded in 1991. Fischer's news reports appear in daily and weekly newspapers around the state, and are heard on Arizona Public Radio.

Arizonans are going to have to start looking for work again later this month if they want to keep their unemployment benefits.

It’s taken at least four decades, but Arizona’s community colleges are on the verge of being able to offer four-year degrees. On a 24-6 vote Wednesday, the Senate gave final approval to legislation setting out the conditions for these traditional two-year and certificate institutions to start offering baccalaureate degrees. With the House already having approved, the only thing that remains now is a decision by Gov. Doug Ducey.

Speeding past a stopped police vehicle or tow truck could soon take a big chunk out of your wallet.

Arizona is not going to get more representation in Washington.

Arizona’s jobless rate dropped two-tenths of a point last month, to 6.7%, as the state continues to recover from the covid-19 economic slump.

Attorney General Mark Brnovich wants to defend a Trump-era rule that was designed to deny "green cards” to those at the bottom of the economic ladder.

State lawmakers are moving to ensure that all eggs sold in Arizona come from cage-free hens.

Ducey off the hook over phone call

It didn't work anyway. But Gov. Doug Ducey's is apparently off the legal hook over comments he made in a phone call from his office to business owners and managers urging that they try to defeat Proposition 208.

House Dems seek to expel Finchem over US Capitol attack

A majority of House Democrats are calling for the expulsion of Republican Mark Finchem based on what they say are his improper actions before and during the Jan. 6 attack on the U.S. Capitol.

A handful of Republican lawmakers are calling on newly reelected state GOP Chair Kelli Ward to either agree to a recount of that vote or back off of her challenges to the presidential race.